Yang, the wife of Democratic presidential candidate Andrew Yang, told CNN in an interview that aired Thursday about her experience in 2012. Since then, at least 15 women have come forward with similar allegations against the doctor, according to an attorney representing Yang and other alleged victims.In the end, Dr. Robert Hadden, an OB-GYN at Columbia University's renowned hospital system, cut a deal with the district attorney's office in which he pleaded guilty to two of the nine charges against him and surrendered his medical license. Despite an initial recommendation that he receive four years behind bars, he served no prison time. The deal also departed from the guidelines of a state disciplinary board and allowed Hadden to register as the lowest level sex offender, which kept his name out of a publicly searchable registry.With Yang speaking out about Hadden's abuse this week, this time publicly, scrutiny has returned to the Manhattan DA's handling of the case and to the broader obstacles sexual assault victims face in seeking to hold assailants accountable. Although police arrested Hadden in 2012 after a patient complained he assaulted her, the arrest was voided and he was released as the DA's office investigated. Yang told CNN Hadden abused her after this point. "It's like getting slapped in the face and punched in the gut," she said. "The DA's office is meant to protect us, is meant to serve justice, and there was no justice here."Several former patients in civil lawsuits allege that Hadden manipulated them by making inappropriate sexual remarks "in an effort to lower their boundaries and break-down their defenses," then abused them by "ogling, groping, verbally assaulting, and physically abusing, violating, sexually abusing, and penetrating" them during the performance of medically unnecessary examinations.Cyrus R. Vance Jr., Manhattan's district attorney, has defended his office's prosecution of Hadden on the grounds that trials do not guarantee convictions and the plea agreement reached with Hadden ensured a felony conviction and the end of his medical career. Yet documents obtained from Vance's office by one of Hadden's accusers through a public records request and shared with CNN show that prosecutors were initially prepared to accept an even more lenient agreement with Hadden.In a 2018 email, a prosecutor in Vance's office reacted to a news article about the case and stated that the initial plea deal worked out between Hadden's attorney and the DA's office involved only a misdemeanor. When Hadden's attorney "met with me to complain about the misdemeanor I upped it to a felony," she wrote.Anthony DiPietro, an attorney who represents more than 30 former patients now suing Hadden and Columbia University and its affiliates, argues the district attorney's office essentially allowed Hadden to get away with sexual assault. "He received what seems to be the equivalent of an early paid retirement," DiPietro said. "There was a well-coordinated effort between the district attorney … and Columbia University to basically give him the most favorable plea deal possible."Hadden has denied the assault allegations in court documents, aside from the two counts — criminal sexual act in the third degree and forcible touching — to which he pleaded guilty. Neither Hadden nor his civil defense attorney provided comment for this story. DiPietro questions whether Hadden's defense attorney, Isabelle Kirshner, had disproportionate influence on prosecutors. Kirshner previously worked in the Manhattan DA's office, served as a member of Vance's transition committee and has donated about $6,000 since 2010 to Vance's campaigns for district attorney. During a phone call in 2018, Vance told one of Hadden's accusers, Marissa Hoechstetter, that he doesn't believe he ever talked about the case with Kirshner. Vance had reached out to Hoechstetter after she repeatedly contacted the DA's office to discuss her experience as one of Hadden's patients. 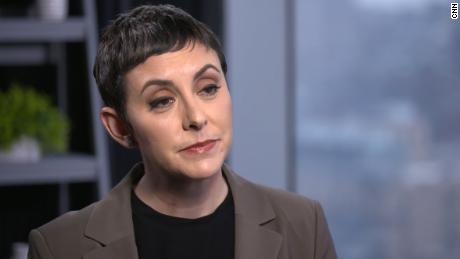 "The decisions on the resolution of the case were made with my chief assistant after talking with the sex crimes bureau. That's not an expression of disinterest. I'm accountable for all decisions," Vance told Hoechstetter, according to a rough transcript of the June 28, 2018 call Hoechstetter obtained through a records request. While Vance refuted the notion that any outside relationships affected decisions regarding Hadden, he told Hoechstetter that he has since made a commitment not to accept political contributions from lawyers who have had business with the DA's office in the preceding six months. Kirshner says she has not seen any evidence that her political donations had any influence on the case. She told CNN she attributed the terms of the deal to "good lawyering.""The initial offer was four years, but we raised enough factual questions with the case, and given victims' reluctance to talk in these cases, we were able to negotiate a settlement everyone could agree on," Kirshner said. Hoechstetter was not one of the victims described in Hadden's indictment but says in a civil suit that Hadden abused her when she was his patient between 2009 and 2012. She told CNN she sees a pattern in the Manhattan DA's handling of the cases of Hadden, Jeffrey Epstein, Harvey Weinstein and others involving wealthy, influential white men accused or convicted of sexual assault. Asked if she wants an apology, Hoechstetter said: "I don't want an apology. I want action. I want them to make change. I want them to take responsibility and show me that people will be treated differently in the future."In the case of Epstein, the DA's office sided with the multi-millionaire's defense team in 2011 and asked that Epstein be labeled a Level 1 sex offender. A judge rejected the request and termed Epstein a Level 3 sex offender, meaning his designation would not expire and his name would appear in a public sex offender registry. The DA's office has said its argument in that request was a mistake based on a legal misunderstanding, and that the office later agreed with the judge's determination. And the DA's office initially did not prosecute movie mogul Weinstein after allegations of sexual abuse emerged in 2015 though he is now being tried on charges of rape and sexual assault. Weinstein has pleaded not guilty.In response to CNN's specific questions about its handling of the Hadden case, a spokesperson for the Manhattan DA's office initially said, "our office does not comment on investigations or investigative steps taken."After CNN notified the office of Evelyn Yang's public allegations on Thursday, Vance said, "While we stand by our legal analysis and resulting disposition of this difficult case, we regret that this resolution has caused survivors pain."Court documents filed in the civil suits brought by Yang, Hoechstetter and others allege that the red flags regarding Hadden accumulated over the course of decades. 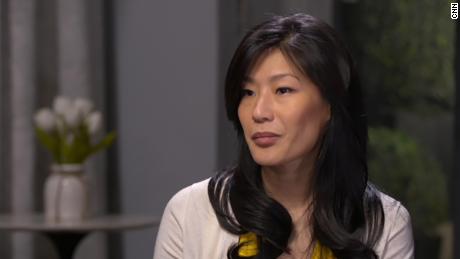 One lawsuit details a nurse telling her supervisor in the early 90s that she observed the gynecologist sexually abuse a patient. She was told to "keep quiet" and "don't let him get himself in trouble," according to the suit. Documents filed by prosecutors in the criminal case allege that Hadden gave one woman who was his patient between 2006 and 2011 "breast exams during every prenatal visit, even though her pregnancies were normal and she had no breast-related complaints or concerns." Another patient told investigators Hadden would "routinely examine her without a nurse present" and that he "repeatedly squeezed her nipples" and on one occasion "lightly slapped her buttocks," according to those documents. A nurse said that when she knocked on the door during one of these examinations, "Hadden jumped back and away from the patient… he made no mention of what he had been doing moments before, and acted is if nothing had happened," the documents state.

In June 2012, New York police were called to Hadden's clinic after a woman complained that he licked her vagina during Read More – Source

Her body was found in the woods in 1991. This week her then-boyfriend was arrested